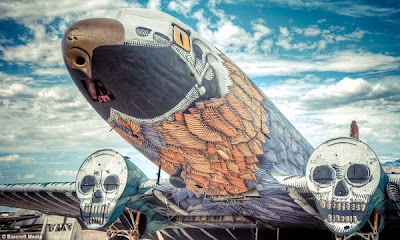 'The Boneyard Project' is an effort initiated by art patron Eric Firestone at the the cemetery of disused war planes in Arizona  to resurrect disused planes from throughout America’s military history.  It has attracted more than 30 of the world’s best urban artists worked on five ruined US Air Force jets, vividly bringing them back to life with paint and color. (1) 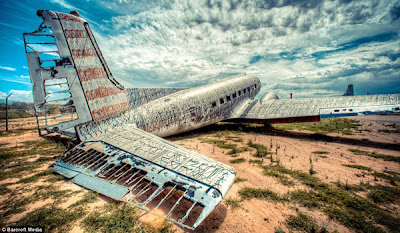 The first part of the Boneyard Project, 'Nose Job', made its debut in the summer of 2011 with an exhibition of nose cones taken from military airplanes and given to artists to use as eccentric- shaped "canvases". The second installment in this series: Round Trip: Selections from The Boneyard Project, features five monumental works created on military planes by a dynamic selection of popular graffiti and street artists from around the world.  (1)
The show is on display at the Pima Air and Space Museum in Tucson until mid-May.  (1) 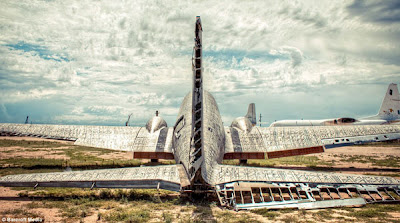 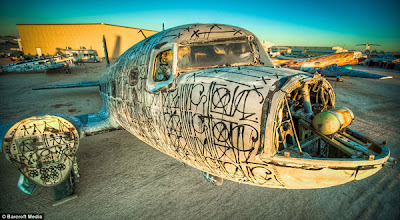 NOTE:  All photos courtesy of designyearbook.com