1. Get a big-old handful of moss from a friend, an enemy, or steel it from a big box garden center. Having more than one variety will increase your chances of success, in case one or more types don’t like the conditions....so go back often and steel a bunch.  An alternative would be to do your research and know what you are growing...but hey, either way. 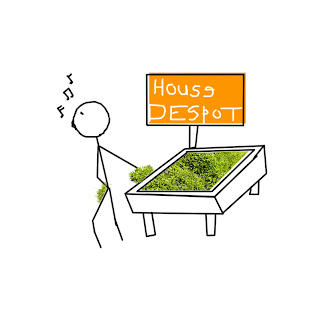 2. Toss the moss into a blender with two cups of yogurt, buttermilk, or beer, and enough water to keep the mix spreadable. If you insist on using beer please use that cinnamon beer in the back of your refrigerator left over from the "Christmas" 12 pack your brother brought over. A dash of compost can be added will help but it isn't necessary...althoughit might make that beer taste better.  Avoid human compost. 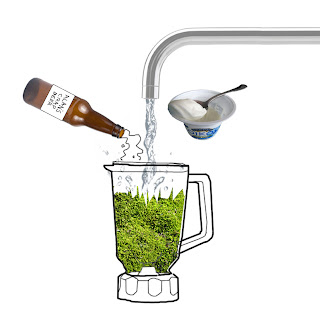 3. Clear some rocks and a patch of ground of debris like twigs and leaves and such.  Using a paintbrush, your fingers, or the top of your head, spread the shake across any other surface where moss is desired. Keep in mind that moss prefers shade.  If you didn't know this already, moss milkshakes are way too complicated for you.  Go ahead and drink that cinnamon beer. 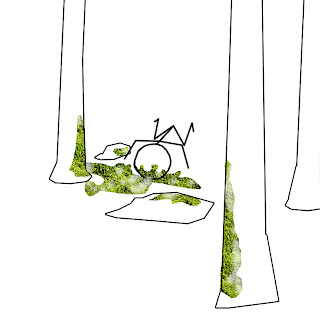 4. Keep it moist by misting daily.  You will also want to carefully tend the area, keeping it free of leaves and debris and your pain in the neck dogs. Oh, and have patience: Moss can take as long as two growing seasons to establish itself...and someday your brother will stop leaving you terrible beer. 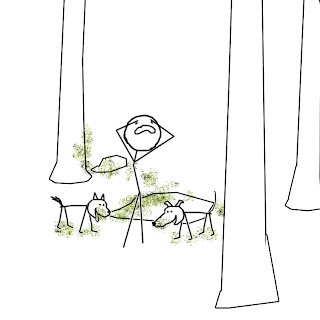 Thanks for the inspiration: http://www.gardendesign.com
Posted by Unknown at 9:34 AM