In July of 2011 Collectif Etc. brought to life their winning idea for a vacant urban property named by its neighborhood, La Place du Geant (officially named Place au Changement Public Plaza).  The project was selected in a competition sponsored by The Public Urban Planning Agency of Saint-Etienne (France) winning entry by the Collectif Etc.
Developed as a temporary installation, its bold an unique strategy involved asking the community to imagine what the 7,000 sqft property might look like if it was filled with a building and then create structure that reflected that image. "The idea was to represent the plan of imaginary housings on the ground and their section on the wall."   People could then get a sense for what a future building might look like in that space.
Several workshops were offered that provided useful training in the form of carpentry, construction, graphic design, landscape design, and landscape maintenance. The construction was open to the public with Collectif Etc. acting as the oversight committee providing logistics, organization, and tools for the community.
Neighbors have given it the name, La Place du Geant  because of artists Ella&Pitr large painting.  Naming is an important part of place making; particularly a name given by its users.  Such an event connotes ownership and value.  And with an inclusive process to imagine the future, this neighborhood has created a space that has so far proved to be functional and social within its context. 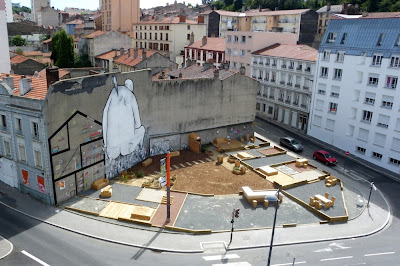 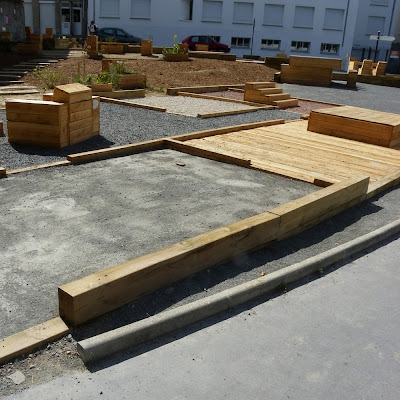 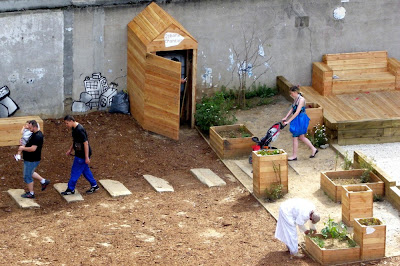 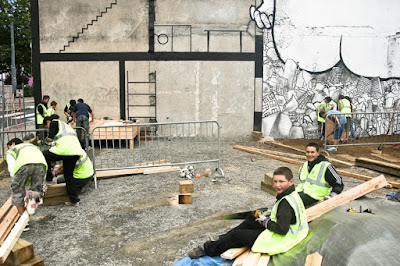 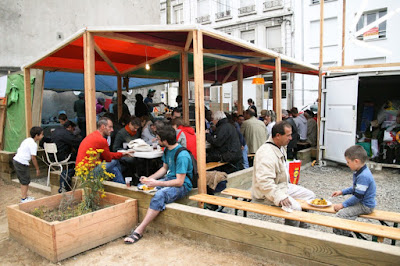 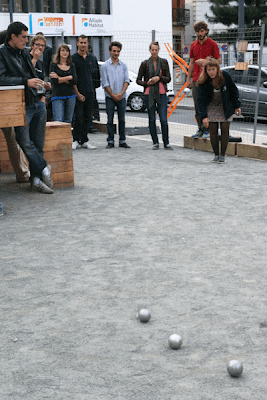 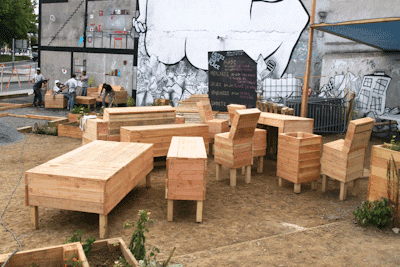