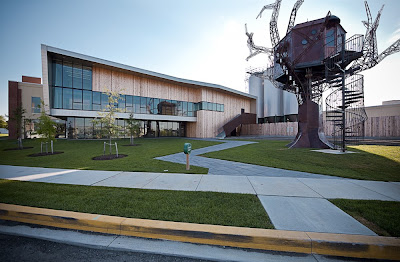 The Dogfish Head Brewery has been around for a few years now, but we can't help but recognize it.  Founded in 1995, Dogfish Head creates some of our favorite craft beers.  After outgrowing its Rehoboth Brewpub, the company adopted a 104,000sf cannery in Milton, Delaware to house its brewing operations in 2002.   The growing company needed office, laboratory, and retail space.  They saw this as an opportunity to reshape the image of the existing complex into one more attuned to the company’s progressive and “off-centered” culture. 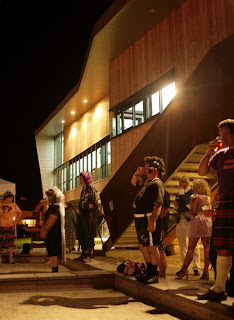 Along with the building expansion and fit-out, a new site design comprehensively transforms the former fire access road into an entry plaza featuring two regulation bocce courts and an additional conference room in the form of the Steampunk Treehouse.
The project integrates a more sustainable approach in its use of material, water, and energy. The site design incorporates infiltration areas and pervious surfaces over what had previously been impervious pavement. Daylight modeling was utilized to locate windows and roof monitors, minimizing the need for artificial light. Most interior lighting is provided by high-efficient LED fixtures integrated into the steel joists. Local and salvaged materials were utilized for the cladding and furniture. 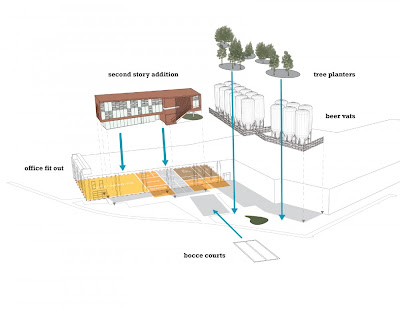 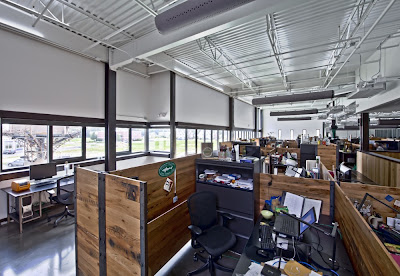 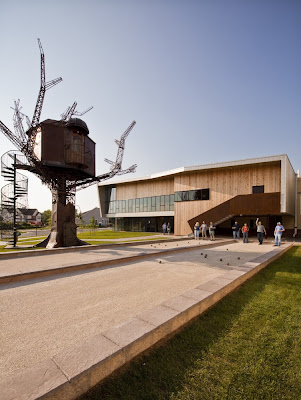 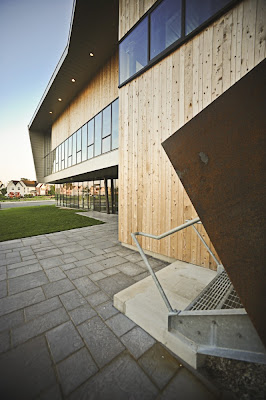 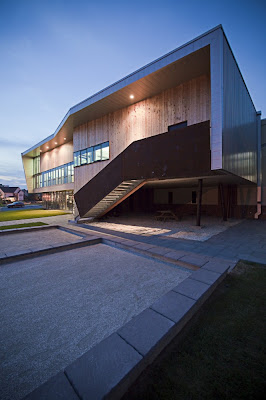